The number one question (beside how I prop up my watches) I get via DM is what camera I use….. Ultimately, it’s not about the gear or how expensive it is, but it’s about being creative. For me these are my bread & butter so the camera’s and lenses aren’t always budget friendly .. but then again .. you watches ain’t either 🙂

This is just a crud list for now but I’ll be adding some more pictures and smaller gear, photography hacks & tips that will help you get better pictures.

Affiliate links: Some of these items contain affiliate links to online stores. You, as a consumer pay the same price as you normally would but if you purchase via one of these links I receive a small commission on that sale. I try to be upfront about these as much as possible. It just helps to keep this site alive.

I was an early adopter of the Fuji X System, having shot weddings with the orginal X-PRO up to the Fujfilm XT3. In short, use what you have. In recent years I switched to Sony Alpha because of the video capabilities. Nowadays I shoot my video’s on the Sony A7III and I shoot my stills with the Sony A9.  The A7III is still on of the best value for money do all Full frame camera’s on the market. The A9 was my workhorse for wedding photography and there is no need to shoot watches with a sports camera.

My go to setup consists of one Aputure 120D video light and a 35″ Aputure Light Dome II softbox that comes with an extra grid for light control if you need it. You’ll need a to add a good lightstand too and the Manfrotto 420NSB covers just that.  I like this version because it can double as a boom stand if you need it.

I’ll be sharing the why I prefer Video light over Strobe light for this kind of photography in a later blogpost.

Now finally a more budget friendly one to help you create that extra effect. I use these Aputure AL MC led lights all the time.. They are great for some extra fill, they can take ANY color and have a range of effects built in. Just don’t put your watches on top of em, they have a built in magnet! 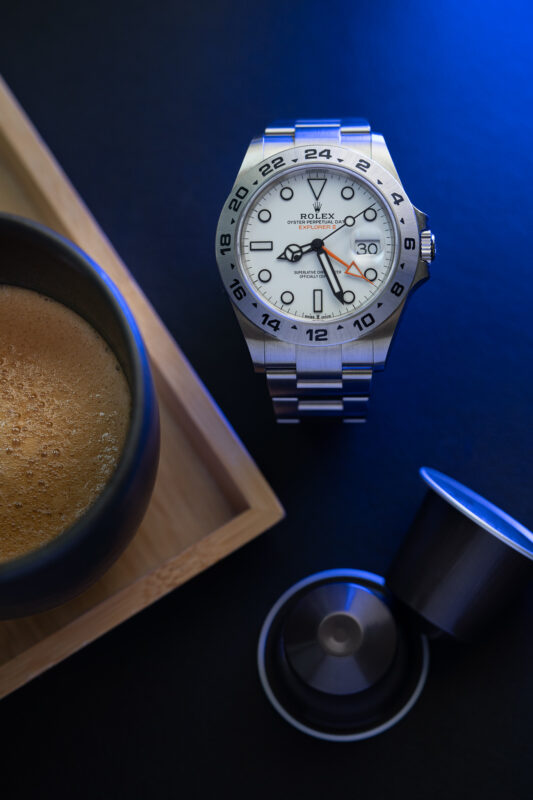 Ever wondered why that lume looks so bright ? Well it’s a little cheat, but don’t tell anyone… to get better in camera lume exposure instead of blending two images I use a UV torch light. 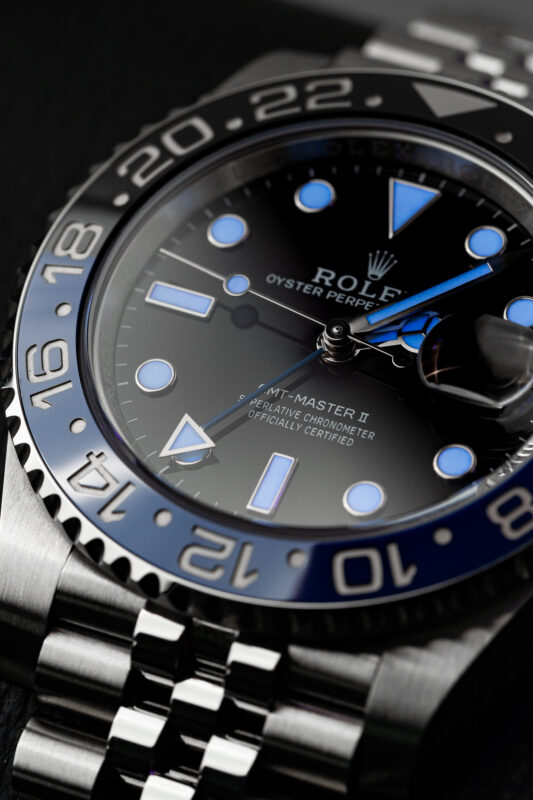 Other video gear, the magic behind the reels ….

For videography and for creating those smooth motions I use the Edelkrone Head One with product turntable.  No, the camera doesn’t turn. It’s the watch that moves. If you rotate the watch in post the light wouldn’t move with it. Get the FlexTILT head and QuickRelease ONE while you are at it. Optionally addthe Slider ONE for those slider shots yet I rarely use that one.